back to the posts

Round or Teardrop Breast Implants: Which Shape Is Best? 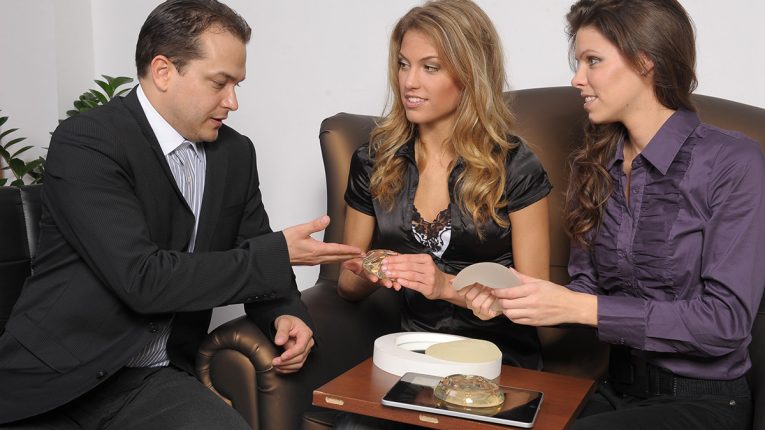 Many people consider as a universal truth that one leads to better results than the other. The situation, however, is not that simple – and this is important for anyone interested in breast augmentation.

Not The Round One Is The „Classic”!

According to the common knowledge, teardrop-shaped „anatomical” implants are a new alternative to the round ones. But the first breast implant prototype in the world was teardrop-shaped – designed by two US plastic surgeons Thomas Cronin and Frank Gerow, made by Dow-Corning’s chemical company in 1961. The first pair was implanted in the following year, followed by roughly 40 million pairs.

At the back of their first generation, there were „suction cups” made of polyethylene terephthalate to prevent displacement. Plastic surgeons were looking for fixing options. The second generation in the 1970s already contained a polyurethane covering which, as a tissue-friendly material, significantly reduced the risk of capsular contracture and other complications, so many women could wear them for decades. However, this kind of polyurethane was not the same as today, since the composition of the material has been further refined, developed to medical purity.

Only in the third and fourth generation of breast implants came in round shape in the 1980’s. These innovations included a double covering, a textured surface that promotes tissue adhesion, and a concept of saline filling behind the silicone layer that is nowadays considered a novelty again. (Saline-based implants were popular only in the United States, and only for a short time.) From this point on, plastic surgeons could have opted for the different shapes and covers of implants.

The fifth generation is revolutionary because it contains a cohesive silicone gel that almost reduces the risk of leakage to zero. This material, with a laic eye, is really like the jelly of gummy bears. They have remained popular since the mid-1990s in the US and Europe. Studies have shown that the risk of capsular contracture is much lower than those with older types.

The Role of Shape

At our clinic, quality and safety are the most important. Dr. Pataki works exclusively with life-guarantee premium-type implants, that do not „wear away” or „tire” and need only replacement in the case of significant tissue changes. In the event of a manufacturing problem, the manufacturer will bear the cost of replacement implants. (This is, of course, quite rare: so much so that it has never happened at our clinic.)

There are not only two shapes of top quality cohesive silicone gland implants. There are, for example, ovals (vertically or horizontally oval) beside the teardrop shape and the round version. In each case, the patient’s anatomical features and wishes help to decide which choice is ideal. Of course, this requires significant experience from the plastic surgeon who decides not only about the implant itself, but also about the method of insertion and positioning. Every anatomical variation needs a unique solution.

A completely different effect can be achieved with a subglandular or a submuscular implant. And there is the „dual plane” technique which means that the implant goes mostly under the muscle. Even the dual plane technique has different types. For some ladies, the so-called subfascial breast augmentation is the most convenient.

The feminine beauty ideal – and the breast ideal – largely determines which implants and surgical techniques are considered to be the best. For example, in the United States, smooth-surfaced round implants have been very popular since the 1980s with subglandular technique, as they provide spectacular Baywatch-like results. Such surgery requires much less time and expertise on the part of the doctor, and the patient can enjoy a somewhat faster recovery. The disadvantage is that implant exchanges are much more frequent because of the sagging process.

Carefully placed anatomical implants under the muscle may have up to twice the surgical time, but with the right pocket design and the good choice of the surface of the implant, they can can provide durable results that tolerate pregnancy and childbirth really well. Dr. Pataki has a lot of photo-documented patients who gave birth to two children during the first five years after breast augmentation: they breastfeed their babies, and their breasts still look perfect. This would be unimaginable with a round implant placed over the muscle.

Conclusion: What Is The Best?

Generally speaking, every patient who wants breast augmentation is considered a unique case with their own anatomical features and needs. Accordingly, there is no „general recipe” for perfect breeds. For some women, round or oval implants provide the most beautiful results, but in our clinic we use the anatomically shaped varieties most often.

The reason for the popularity of the teardrop shape is that usually they create the most natural overall effect. Dr. Pataki also found that under a certain tissue thickness – which is approximately 2 to 2.5 centimeters – it is worth using anatomical implants that can be placed higher, providing a more beautiful decolletage. Implant sizes vary in three dimensions. The anatomical implants containing cohesive silicone gel provide a firm support for the tissues against gravitation and maintains the breast’s own fibers tigh  against the sagging, obviously complementing the „smart” bra usage.

The first criticisms of the drop shape, for example, that they have a higher risk of displacement, rotation, have essentially lost their justification with advances in manufacturing and surgical engineering. Thus, the plastic surgeon can evaluate what is the best choice for the given patient based on aesthetic aspects. 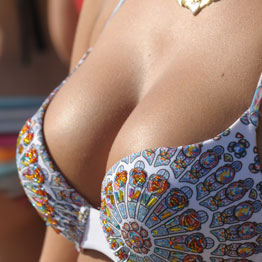 Complex information page with a description of the breast surgery procedures, a unique glossary - an explanation of the most important terms - and essential knowledge on the pre-and post-operative period.

﻿ Do NOT follow this link or you will be banned from the site!
error: Copyrighted Material.